“My grandfather was relocated to Skagway during WWII from Kodiak and put in the Pius X Mission here and essentially Americanized,” Bricker said.

As Bricker learned about Native culture in Southeast Alaska, she realized how important it is to preserve that heritage.

Last fall, Bricker stumbled upon an opportunity to bring traditional Alaska Native sports to Skagway with help from the Sealaska Heritage Institute. She said it got her really excited.

“[I] really just felt inspired, especially with everything that was going on with COVID and my own children not being able to participate in their traditional Western sports. Basketball is huge for them, huge in Southeast Alaska. They just weren’t getting any opportunity for exercise,” Bricker said.

Bricker signed up for a training program to learn more about coaching for Alaska’s Native Youth Olympics, now known as the NYO Games.

She was trained by Kyle Worl, an NYO coach based in Juneau. He said that NYO programs are widespread throughout Alaska and athletes have many opportunities to compete.

“There are practices, there are regional competitions and district competitions and statewide competitions to international,” Worl said. “The state competition for Native Youth Olympics is held in April, and that’s in Anchorage. Usually they get near 500 athletes from around the state representing over 100 different communities.”

Worl said events like the seal hop and the two-foot high kick were passed down through generations to help instill the strength and skills necessary for everyday life in Alaska’s challenging environment.

“It goes back to the games being done by hunters. These were originally games that were done by the hunters, and to be a successful hunter you had to work together,” Worl said.

For Worl, what separates NYO from many Western sports is that competitors try to help each other reach their personal best during competitions.

“What you’ll see is the athletes are working together, and they’re sharing techniques and advice and they’re cheering on other teams,” Worl said. “Coaches from other teams will come to your athletes if they happen to be in the same space, and if they can give that advice they will. That’s not something you usually see in basketball.”

Worl said NYO has taken some time to catch on in Southeast Alaska. For the past few years, he has been working with Sealaska Heritage Institute to build up the number of teams in the region.

Sealaska sent Native sports equipment to Skagway, and Worl recently connected with 4th, 5th and 6th grade students virtually to teach them about the different events in the NYO Games.

“It is a complete dream come true. I’m so excited for this to be lifted off the ground in Skagway,” Bricker said.

Cook Inlet Tribal Council hosts the statewide junior NYO competition. This year it’s being held virtually due to the pandemic. From now through the beginning of March, competitors will submit videos and measurements of their best attempts in the events of their choice.

Meanwhile, Worl says Sealaska Heritage Institute has sent NYO equipment to Haines, and there have been discussions about starting a program there. 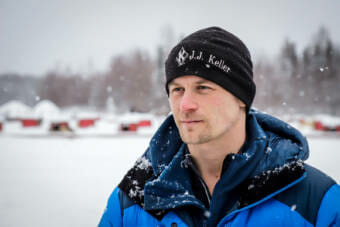 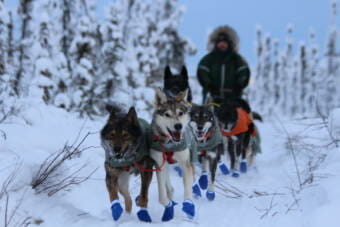 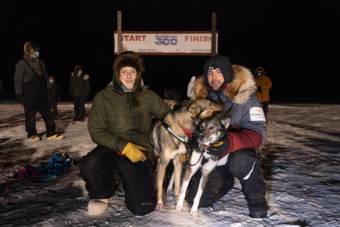 Diehl has now won both the Bogus Creek 150 and Kuskokwim 300 in the same year, something that has never been done before.