One of the National Science Foundation’s flagship initiatives for the past few years is called Navigating the New Arctic. It looks at the effects of a warming climate on Arctic communities. However, some in the field believe NSF isn’t doing enough to involve Indigenous people who live there.

More than 200 researchers from around the country signed an open letter to the foundation last month, requesting more Indigenous input within the initiative.

Margaret Anamaq Rudolf is a doctoral candidate at the University of Alaska Fairbanks. An Inupiaq woman originally from Fairbanks, her area of study is cross-cultural science education — which she says involves trying to answer the question, “How do we improve working relationships between researchers and Indigenous communities?”

Rudolf is one of the people who authored the letter to the National Science Foundation. While she welcomes the foundation’s initiative, she says it falls short of its potential to include the people who live in the Arctic.

“NSF is still centering researchers in Navigating the New Arctic, instead of centering Indigenous people in what they want and they need,” Rudolf said.

The letter from researchers was formed in solidarity with another letter sent last year from four Native organizations — Kawerak Inc., the Association of Village Council Presidents, the Bering Sea Elders Group and the Aleut Community of St. Paul Island.

The letter from Native groups outlines several issues that would have been studied more comprehensively if traditional knowledge was included from the start. Those include food security and community infrastructure. The letter also highlighted problems with requests for proposals.

Henry Huntington is an Eagle River-based independent researcher who’s worked with the initiative. He’s also one of the main authors of the open letter. He says that requests for research proposals from the National Science Foundation are geared to traditional academic knowledge.

“The forms that you fill out work pretty well if you have a bunch of university degrees and you have some scientific publications and all the standard things that you’d expect of someone with academic training,” Huntington said.

Comparatively, Huntington says it’s harder to list the traditional knowledge of Alaska Natives, who often are much more informed about their communities and will contribute as much if not more to the research.

“They confirm what we already know, instead of investigating what we want to know,” said Cana Uluak Itchuaqiyaq, one of the more than 200 scientists who signed the letter.

Itchuaqiyaq is a PhD candidate in technical communication and rhetoric at the University of Utah. An Inupiaq woman from Kotzebue and Noorvik, she says growing up, researchers coming into her community often would form questions that Alaska Native people already knew the answers to.

“And so, it’s taken tons of time for academia and the sciences to catch up to us,” Itchuaqiyaq said. “They’re just catching up.”

Kawerak social science program director Dr. Julie Raymond-Yakoubian helped write last year’s letter. She says oftentimes when Arctic researchers are making research proposals, one of their last steps is to ask for collaboration with tribal organizations, instead of including them from the start.

“When tribes and tribal organizations and Alaska Native organizations are brought into the process so late in the game, there’s really no way to effectively collaborate on a truly equitable level,” Raymond-Yakoubian said.

NSF Arctic sciences program director Colleen Strawhacker says a major initial issue with Navigating the New Arctic was that many researchers were eager to compete for grants and proposals, making tribal outreach a lower priority.

“Given the feedback from communities, that’s clearly … quite frankly a disrespectful approach to including Indigenous communities in NNA-type science,” Strawhacker said.

While NSF officials are still working on a formal response to the letter from the Arctic researchers, Strawhacker says she values the feedback. She says building and strengthening tribal relationships is key moving forward with Navigating the New Arctic.

At the beginning of February, NSF announced that the Navigating the New Arctic community offices would be hosted at three universities, including the University of Alaska Fairbanks and Alaska Pacific University, a tribal college in Anchorage.

Raymond-Yakoubian from Kawerak says she’s hopeful that outreach like this, the solidarity between Native groups and researchers shown by both letters, and a push for more Indigenous researchers will produce better outcomes in Arctic research.

Editor’s note: This story has been updated to more accurately reflect remarks made by Dr. Julie Raymond-Yakoubian. 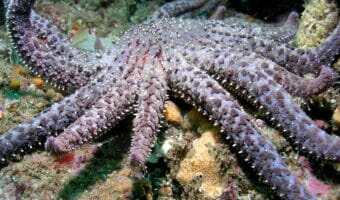 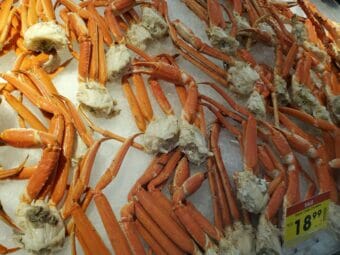 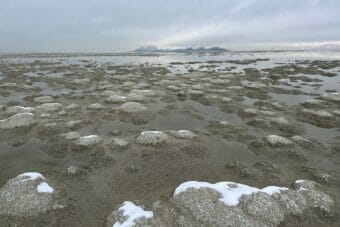 Utah leaders are under pressure to end water diversions and enforce tougher restrictions in order save the drying Great Salt Lake. A recent report predicted it will completely dry in five years.