Sullivan called it “shocking” that Janet Yellen, now the Treasury secretary, would not commit to an “all of the above” energy policy that includes oil and gas when the two spoke before her confirmation.

Sullivan was among only 15 senators to vote against confirming on Monday. He acknowledged the former Federal Reserve chair is more than qualified, and he said he voted against her reluctantly.

“What I’m starting to see with the new administration, unfortunately — and … hopefully they’re not going to go down this path —  is executive actions that are going to target certain sectors of the energy sector of the U.S. economy,” he said on the Senate floor, in a tone of astonishment.

President Biden has made it clear he fully intends to discriminate against oil and gas, as well as coal, because those fuels produce greenhouse gas emissions. Biden pledged during his campaign to put the country on a path to a carbon-free economy by 2050.

Sullivan did not mention the administration’s climate goals when he spoke of Yellen as weak on energy for her refusal to embrace all forms of energy.

“We’ve gotten to the point where I can’t find anyone — and I hope I’m wrong — in the Biden administration cabinet who’s going to be a proponent of a strong energy sector,” he said. “Who is it?”

Sullivan raised a similar argument when questioning Biden’s nominee for Commerce secretary, Gina Raimondo, at a hearing Tuesday. He asked if Raimondo would champion an energy policy that includes oil and gas, for the sake of jobs.

Raimondo said, as head of the department that includes the National Oceanic and Atmospheric Administration, “should I be confirmed, I will have the opportunity to help create thousands of jobs with offshore wind, in particular.”

That wasn’t the answer Sullivan wanted.

“There shouldn’t be discrimination against good paying jobs. And I’m starting to feel that there is,” he said. “And we shouldn’t have that in our country.”

Biden promised during his campaign to curtail new oil and gas development on federal lands. On his first day in office, he ordered a temporary government halt on oil leasing in the Arctic National Wildlife Refuge. 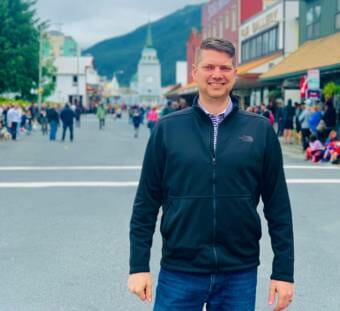 Biden has said private sector employees who refuse the vaccine can opt for weekly testing instead.