There’s increasing uncertainty over whether cruise ships will return this year to Southeast Alaska. In Skagway, local officials used CARES Act funds to keep year-round residents from leaving in 2020. Now that the federal money has run out, there are questions about how a small town that survives on cruise tourism will weather another season without tourists.

Most of Skagway’s local businesses rely on summer visitors arriving on cruise ships. Last year was supposed to be the biggest cruise season yet, but the pandemic erased it. Now there’s some doubt that ships will return in 2021.

Charlie Ball is a senior executive with Holland America Group and a leading figure with the cruise industry’s trade association.

“I get more and more pessimistic about the beginning of the season as every week passes, and particularly because these weeks now, these are real ‘money’ weeks historically for our business,” he said.

Ball made his remarks to the Skagway Visitor Department last week. He said the industry is trying to complete all the steps of the Centers for Disease Control and Prevention’s conditional sailing order, but it could take months and cut into the 2021 season.

“At what point is it more expensive to open for a short season that may be somewhat limited than to just, you know, sort of save money for next year?” he said.

Ball says there’s a ton of demand that’s going to boom once customers feel safe to travel. He says bookings are through the roof … for the 2022 season.

Skagway Mayor Andrew Cremata says the town needs to figure out what to do in the meantime.

“We can’t wait for a life preserver from cruise ship companies, we need to learn to tread water. So that’s where my focus is,” he said.

That means a backup plan to get Skagway through another summer without cruise visitors. He says the municipality is working on a plan to help residents out. But he says local officials aren’t ready to announce any specifics.

“Financially, I hate looking at the graphs anymore. 2020 was down for us 87%,” said Janilyn Heger, who manages Skagway Spirits Distillery.

It’s a family business that makes gin and vodka that’s sold to regional bars and restaurants and at its tasting room downtown. COVID-19 shut that down. She says they’re finding creative ways to keep hanging on.

But she says she knows others that aren’t so fortunate. Skagway had been using its share of federal pandemic relief to pay $1,000 a month to every man, woman and child in town. Those payments ended in December.

“We know of some people who are leaving or have left. If you buy into the insecurity of not knowing what the season is going to be like, we will probably see more of that, I’m guessing,” she said.

Skagway’s population normally doubles or triples in the summer with seasonal workers. That isn’t happening again this year. And there’s concern whether the 1,200 or so year-round residents will be able to hang on for another year without cruise ships. 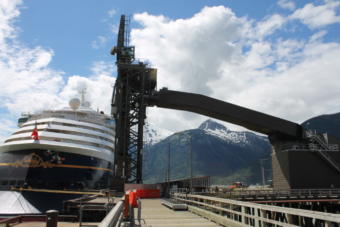 Skagway Mayor Andrew Cremata says year-round work that’s not tied to the tourist industry is especially attractive, in light of the pandemic. 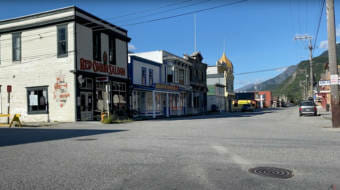 Watch: Without tourists, Skagway businesses struggle to survive the summer that wasn't

The virus hasn't directly affected Skagway, but without tourists, residents and business owners are left trying to figure out how to get by when money isn’t coming in. 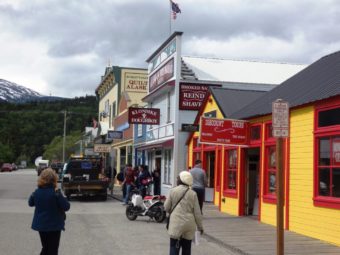 Want $1,000? Just show that you need it, says Skagway assembly

The largest portion of the money ⁠— $1.4 million — will be distributed directly to residents in the form of monthly, $1,000 checks.