On Tuesday, the Centers for Disease Control and Prevention published a study that said reopening schools is safe if it’s done right. But in Juneau, teachers are still divided over whether reopening schools earlier this month was the right choice.

Amy Lloyd is a ninth-grade English teacher at Juneau Douglas High School: Yadaa.at Kalé. She recently spoke to the Juneau School Board about the challenges teachers are facing.

“For the past 10 months, I have ached, seeing my students struggling, and many who so clearly needed to be here in the building for face to face time,” Lloyd told the board. “For those physical and philosophical reasons, telework was not an option for me. But I need you to know that I’m scared of contracting the coronavirus.”

Lloyd asked the school board to put themselves in her shoes.

“What I’d like to ask from you, is something I typically don’t ask for,” Lloyd said. “And that’s, I want recognition. I want to hear a knock on my door here and have a school board member poke his head in and look at me and say, ‘Thank you for being here.’”

Outside of the school board meeting, Lloyd said the reopening of schools was a premature decision, but she acknowledges the benefits that it has for students.

Lloyd said another big challenge is teaching simultaneously in person and online, which she said at first was messy and time-consuming. Still, she notes that at least a couple of her students are participating more in person.

Now she says what teachers need the most right now is a vaccine. According to the district, at least 160 people who work in the district have been vaccinated.

Kelly Stewart is president of the Juneau Education Association. She represents more than 320 education workers in the school district.

“I think the morale though, is people are tired,” Steward said. “Because the last 10 months have been different, and much different than what we call a traditional school setting. So people are tired.”

Stewart said that the way things keep rapidly changing is taking a toll on teachers. And even after the reopening, teachers are still divided on what the district should be doing.

“We have members who wanted to be in school since the pandemic started in March, and that we should still have kids in the building all the way to the other extreme that, ‘I’m not coming back to the building with students until now we have the vaccine,’ which is helping alleviate some of that worry,” said Stewart.

Stewart said most teachers are somewhere in the middle.

Diane Anntaya is one of those teachers. She teaches second grade at Harborview Elementary.

“I wish we could have waited,” Anntaya said. “Every day, I hear of more teachers who have gotten their first or second doses, and that’s very encouraging. But, you know, that’s really the only thing I think I would have changed.”

Anntaya said what’s at the forefront of her mind is doing everything she can to keep her and her family safe from the virus. But she also knows how much planning went into the reopening. She also sees the positive impact that face-to-face classes are already having on students.

“I had a cohort who was here on Thursday and Friday, and I heard from a mother on Saturday who said, ‘My son is very upset that there’s no school on Saturday. That’s a big compliment to you. He’s so happy to be back at school,’” Anntaya said.

Anntaya said that even though it’s a little scary to risk being infected, she’s excited to interact with her students in-person again. 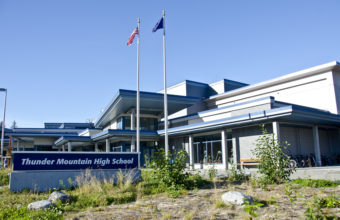 The school would not reveal whether the positive cases were in students or staff members due to health privacy laws, but the wrestling team and boys soccer team are being quarantined due to a close contact. 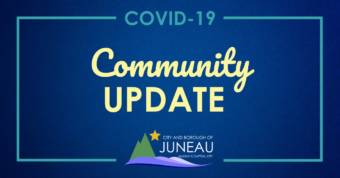 Watch: Juneau to give its latest update on COVID-19

Juneau's April allocation for vaccines will be 3,440 doses, which city leaders will divvy up between the hospital, local pharmacies and city-run vaccine clinics 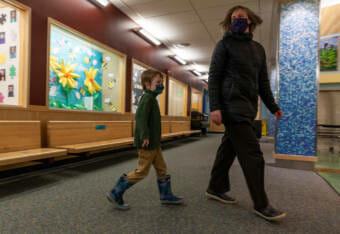