After years of waiting, the Arctic Deep Draft Port project in Nome was authorized by Congress on Dec. 21 and is ready to move forward.

Included in the 2020 Water Resources Development Act that was part of the Consolidated Appropriations Act of 2021, the project calls for an extended causeway and a new deepwater basin at Nome’s port.

Mayor John Handeland says that getting the Congressional authorization for the project passes a major hurdle.

“We were excited that the Deep Draft Port [project] at Nome was included in the Water Resource Development Act bill that Congress recently passed,” Handeland said. “This project has been on the planning table and been advanced by the city for a decade, I would say, and getting over this hump is monumental for our area.”

Now that the plan has been approved by Congress, Joy Baker, Nome’s port director, says the project now moves into the design phase and continues the quest for funding.

“Once the Alaska District is able to access their federal funds in the F21 Work Plan, we will move immediately into the design phase, that’s a two-year phase. We expect something between now and March. We’re hoping they will get their funds released and we’ll be able to start,” Baker said.

The price for the project has increased to $505,233,000, compared to $490 million when the Army Corps of Engineers initially signed off on the plan last year.

But Baker emphasizes that the money is not immediately coming from taxpayers — a majority of the money will come from project partners, and now that the plan is authorized, the city can request grant money.

Some community members are concerned this project could have negative effects on the marine environment and local subsistence hunters.

Kawerak, Alaska’s Native regional tribal consortium, made no comment on the latest development but did release a statement about their concerns for the project last year. They recommended that more be done to enable subsistence hunters’ access to resources, limit negative effects on the environment and keep the cost of living down in Nome.

Gail Schubert, President and CEO of Bering Straits Native Corporation, says the corporation “whole-heartedly supports” the port project and trusts that the port will not greatly impact subsistence hunters and fishers.

“I think that the port location, or the location in and around Nome, has been used fairly regularly and substantially for the past several hundred years by people coming into Nome,” Schubert said. “I think that if there were going to be any sort of subsistence impact, it would have happened already, so I’m confident with the work that the Corps has done and that the port can be built out safely.”

Baker also believes that Nome’s new port project will bring a lot of economic benefits for the region.

“I think the region could definitely benefit from the economic injection and boost that this would bring to jobs in the region. I see ten years down the road, a very bustling busy military facility that’s also supporting industry and providing jobs that are desperately needed in our region,” Baker said.

The two-year design phase will begin in the spring of this year. After the design phase, the project will move on to the construction phase. 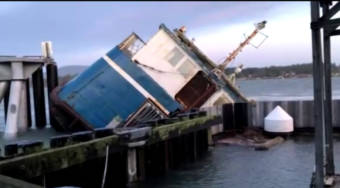 Alaska's first state ferry — the Chilkat — broke free of its moorings on Wednesday and sank during a windstorm in Anacortes, Washington. 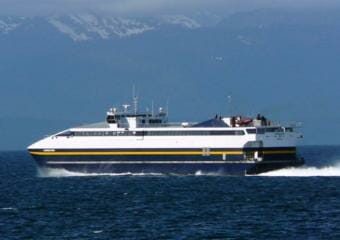 A Spanish firm offered a pair of bids worth $4.6 million for the Chenega and Fairweather, which the state bought for a combined $68 million. 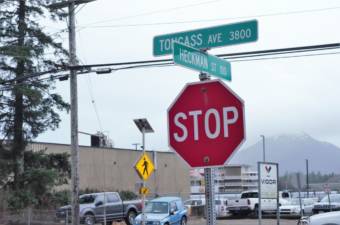 An elderly woman has died of her injuries after a driver hit her with his truck in a crosswalk in Ketchikan on New Year's Eve. Family members and city officials say they’re frustrated over what they see as a preventable death.