Just before Christmas, the Juneau Assembly discussed putting more money into two grant programs intended to pay people who are financially hurting because of the pandemic.

But they put off making decisions. They were waiting for clarity from Congress and the president through some end-of-year legislation that would change the rules on the federal funding source for these local programs. That’s left some needy people eager for action.

Alexis Ross Miller said she’s $4,400 dollars behind on her rent. Her landlord has been understanding, but Miller’s anxious.

She’s lived and worked in Juneau for decades. For the last 15 years, she’s worked as a contract consultant for political campaigns, nonprofits and tribes, and as a legislative staffer.

“Of course since the pandemic, I have only worked two months in 2020, and I am in dire need of one of those housing loans through CBJ and Catholic Community Service,” Miller said.

The programs Miller is referring to are actually straight grants, not loans.

She said she applied toward the end of the application periods for both the city’s housing and individual assistance pandemic relief grants. But Miller figures, she’s too far down the first come, first serve list to get relief. Unless the Juneau Assembly adds funding or makes some changes.

The Assembly was supposed to work through some of those changes last week. But there’s still a lot to unpack from the 5,600-page law Congress passed that affects the CARES Act, the earlier coronavirus relief law paying for these programs.

Assembly member Michelle Hale said because the Assembly rushed putting together the housing assistance and individual assistance programs, some people are getting too much money, and others are getting none.

“We do want to make sure we’re trying to get it into the right hands … quickly, but not so quickly that we rush ourselves into additional mistakes.”

That frustrated Assembly member Alicia Hughes-Skandijs, who sponsored the ordinance that created the individual assistance program. During a committee meeting last week, she contrasted the urgency the Assembly had in the spring to put together relief programs for businesses.

She was ready to steer $700,000 of the city’s original CARES Act funding into the individual assistance program that the Assembly could finalize on Jan. 25. That program got far more applications than the original funding would cover. But Hughes-Skandijs didn’t have the votes.

Now, the Assembly’s plan is to introduce a regular measure that would steer more funds into that program on Jan. 25, work on it in committee, and take final action on Feb. 8.

The Assembly plans to work on several other issues related to the CARES Act and the new federal stimulus legislation at a Feb. 3 committee meeting.

Reporter Jeremy Hsieh has received the housing grant and applied for the individual assistance grant. 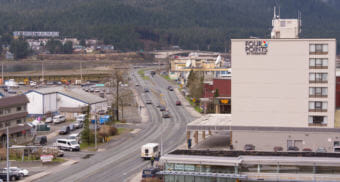 It’s one more strategy local policymakers are considering toward a perennial goal to make housing more affordable in the Capital City. 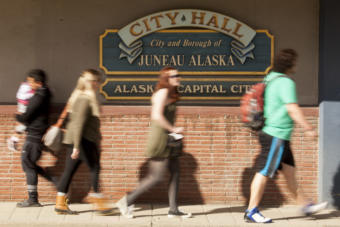 People who applied for individual CARES Act funded grants can no longer get them if they’ve already gotten housing assistance grants from the city. 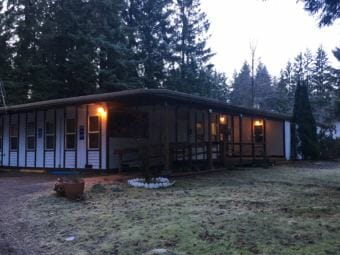 The Juneau Assembly approved the transfer of the Hurlock Avenue lot at its meeting Monday night, along with leasing the property to Tlingit and Haida Regional Housing Authority for use as an emergency youth shelter.