Preseason for the new Alaska Legislature kicked off Friday, as lawmakers unveiled an array of bills they plan to introduce when their session kicks off later this month.

Half of the Legislature’s 60 members have proposed what are known as prefiled bills, and another batch will be released next week.

Some of the legislation recycles ideas that have failed to get traction in the past few years — like levying state income taxes and adopting daylight saving time year-round — but there are plenty of new ideas, too.

In response to the COVID-19 pandemic, Palmer GOP Rep. DeLena Johnson is proposing House Bill 4, which would exempt businesses and employees from liability for customers’ exposure to the virus, as long as there isn’t gross negligence.

Two Democrat representatives — Adam Wool of Fairbanks and Sara Hannan of Juneau — are proposing state-level income taxes. Wool’s proposal, House Bill 37, also includes new guidelines for the Permanent Fund dividend, and it sets the tax rate at a flat 2.5%. Hannan’s House Bill 9 is progressive, meaning that tax rates are higher for higher-earning Alaskans: The lowest proposed tax rate is 2.5%, while income over $250,000 is taxed at 7%.

In the Senate, Anchorage Democrat Elvi Gray-Jackson has several bills to boost oversight of police and tighter limits on their use of force. Senate Bill 1 would ban the use of chokeholds, for example, while Senate Bill 3 would require police officers to give verbal warnings before shooting their guns.

Senate Bill 13, from Anchorage Democrat Tom Begich, would boost state property taxes on oil infrastructure by 50%; he’s also proposing Senate Bill 8 to enhance early education and reading programs, and Senate Bill 16, which would require the Alaska State Commission for Human Rights to publish an annual report on compensation and pay equality in relation to race, sex, religion and age, among other attributes.

Wasilla Republican Mike Shower, in Senate Bill 14, proposes to allow the governor to ignore the Alaska Judicial Council’s nominations for appeals and district court judges and instead appoint candidates who would have to be confirmed by the Legislature.

House Joint Resolution 1 is from Sitka Democratic Rep. Jonathan Kreiss-Tomkins; it aims to preserve the fund for future generations by capping the amount of money that lawmakers can spend from it each year.

Additional spending could only happen by a five-sixths vote by both the House and Senate.

Senate Joint Resolution 1, from Wielechowski, would enshrine the Permanent Fund dividend in the Alaska Constitution.

In total, lawmakers unveiled 94 bills Friday. In the first year of the previous two-year legislative session, just 10% of prefiled bills ultimately passed into law, though others may have taken effect by being incorporated into other successful legislation. 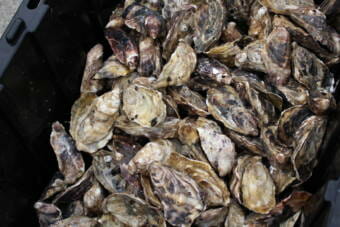 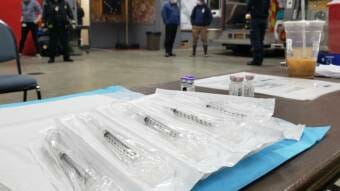 A state health department committee tasked with setting priorities for vaccination, the Alaska Vaccine Advisory Committee, decided the first wave should go to hospital employees regardless of their position. 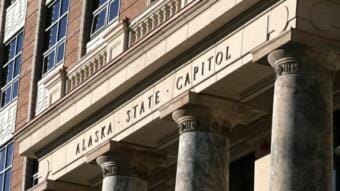 A preview of the 2021 legislative session…