On Dec. 4, PBS aired a “Molly of Denali” segment shot and narrated by a young fan from Bethel.

The Peabody Award-winning animated children’s television show is the first nationally distributed children’s series featuring an Alaska Native lead character. The show follows its namesake, a 10-year-old Athabascan vlogger, as well as her family who own the Denali Trading Post.

Each episode also features a short live action segment that follows the real life of an Alaska kid. This December, that kid is 11-year-old Silas Lefferts from Bethel.

Silas was among five children chosen from across the state to appear in this season’s segments. The producers sent Silas a camera, and he helped choose what to share from Bethel.

In Silas’ first segment, he takes viewers on a tour of his life during Bethel’s warmer months. It starts with breakup, watching the ice flow down the Kuskokwim River.

With the ice gone, the fishing can begin. He checks blackfish traps with his friends. They’ll use the blackfish as bait for bigger fish.

He also dip nets for smelt, pulling up a netful from the river. He tells viewers that the smelt are small, and they swim upriver from the ocean.

“We gave some of the fish away to elders because the elders taught us how to fish. So we respect them by giving them fish that we caught,” Silas explains.

We watch Silas canoeing on a lake with his friends and playing in the Bethel sandpit. He also shares his love of dirt biking and talks about the geographic features of Bethel.

This is the first year of the Children’s & Family Emmys, which will be presented on Dec. 11. 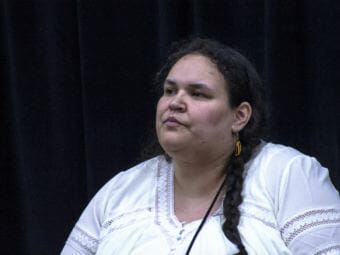 For the past few months, Vera Starbard and Andrew Okpeaha MacLean have been sequestered in what they call “The Writing Room” in New York City, where they work with producers and writers they say are some of the best in the business. 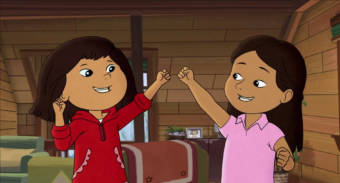 A new episode of  the kids’ show "Molly of Denali" centers around a character named Vera Malakas, who is Filibascan, a combination of Filipino and Athabascan. Those who worked on the show say that representation of Filipino Alaskans will allow more kids to see themselves and their lives on TV.