Quinn-Davidson, who took over as Anchorage’s mayor in October, is only experiencing mild symptoms, according to a Sunday afternoon press release from the mayor’s office.

According to the release, Quinn-Davidson began experiencing cold-like symptoms last Sunday and immediately began self-isolating. She was tested the next day, but that result came up negative, as did a second test. A third test administered Saturday came back positive.

It isn’t clear how she contracted the virus. Ira Slomski-Pritz, a spokesperson, said that the mayor has been “very careful” with COVID-19 precautions and spent Thanksgiving with just her wife.

First lady Stephanie Quinn-Davidson tested negative, according to the release.

Quinn-Davidson urged other Anchorage residents to get tested if they feel symptoms. 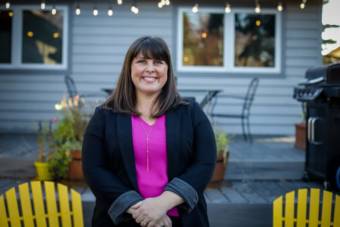 Austin Quinn-Davidson, a relative newcomer, to be sworn in as Anchorage mayor Friday

Anchorage’s new mayor inherits high COVID-19 case counts, uncertainty around schools and businesses, and residents who are more politically divided than ever.