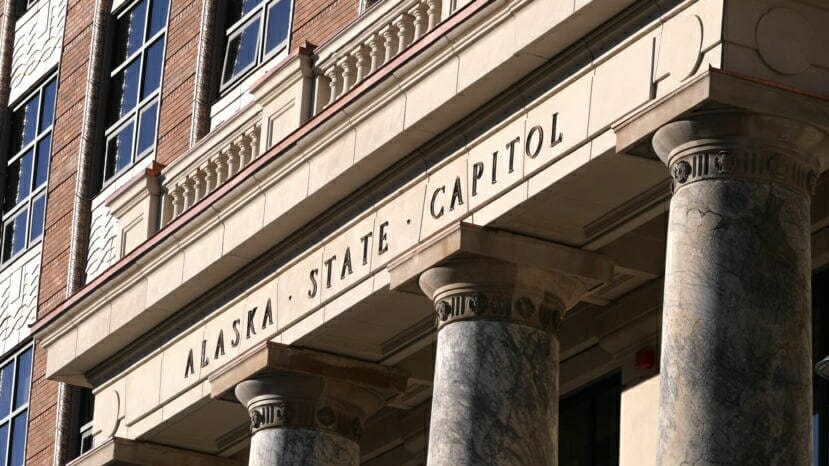 The majority of candidates elected by Alaska voters to both the state Senate and House are Republicans. But it’s not yet clear if the majority caucuses that govern both chambers will actually be Republican.

The majority caucus decides how power and influence is spread across the Legislature and determines the shape of each chamber’s budget proposals. And newly elected Republicans have been talking about how they will organize since election results started to become clear.

Soldotna Republican Sen. Peter Micciche helped organize a meeting of the Senate Republicans on Nov. 13. He said he’s “very optimistic” that the Republicans will be forming a majority.

“The reality of it is, is that Alaskans did choose a vast majority of Republicans, and philosophically, we’re more aligned,” Micciche said. “We have some very healthy differences in our group.”

The differences between Senate Republicans have been deep over the past two years. They haven’t agreed on the size of Alaska Permanent Fund dividends or whether to draw more than planned from the permanent fund’s earnings reserve. They couldn’t agree that their members should be required to vote in favor of the budget.

Micciche said the majority should listen to each other and shouldn’t rely on punishing members to unite the caucus. He said if the senators feel valued, they’re more likely to work together.

“But shooting your own soldiers to win a battle, ultimately results in the loss of a war,” he said. “I don’t like to use a military analogy, but you really do need to be a unified team.”

Republican Senators Mike Shower of Wasilla, Shelley Hughes of Palmer and Lora Reinbold of Eagle River lost committee chair positions — and Mia Costello of Anchorage lost her position as majority leader — after coming into conflict with Senate Republican leaders on the budget and procedures. Two of those leaders, Senate President Cathy Giessel of Anchorage and Senator John Coghill of North Pole, were defeated in the Republican primary.

Senate Minority Leader Tom Begich, an Anchorage Democrat, is optimistic that a different Senate  majority — with members of both parties — will form. He expects that if Democrats are in a bipartisan majority, they’ll support the leadership on the budget as long as their voices are heard. He said the Republicans’ differences over the budget and procedures are a recipe for chaos.

“If they can’t work those out, we stand ready to serve with those who are ready to move the state forward,” he said.

In the House, the situation is even more complicated. If the Republicans lose one vote, they won’t be able to form a majority.

The Republicans failed to form a House majority two years ago due to divisions within the party. Instead, eight Republicans formed a coalition with Democrats and independents.

Someone observing this process from the outside is Nikiski Republican Mike Chenault. He has as much experience organizing majority caucuses as anyone in the state, as Alaska’s longest serving House Speaker.

He said the key to organizing is to find common ground that all of the members can agree on and to distribute power around the state so “everyone has skin in the game.” His advice is to focus on the budget, considering that the state is spending more money than it has available in revenue.

“But I think we all also know that you can’t just gut this state budget and fix it in one fell swoop,” he said. “You’ve got to put together a plan — and a maybe a couple-of-year plan — on how you address not only the revenues, but how you address the spending, and what does the state of Alaska actually need to provide to the residents of the state.”

Chenault said requiring majority members to vote on the budget — known as the “binding caucus” — was useful in forging compromises. He cautioned that a proposal from some newly elected Republicans to not have a binding caucus could lead to challenges.

“It gives one or two people the ability to thwart the budget process and keep you in Juneau for additional time because you can’t come to an agreement,” he said.

The binding caucus has been criticized by some legislators and candidates for concentrating power in the leadership. But Chenault said at least some other states have even more powerful legislative leaders, including some speakers who personally assign all committee chairs.

Chenault added that it can be helpful for Republicans trying to build a majority to talk with rural legislators about whether they want to join. When he last served as speaker in 2016, there were 22 Republicans and four Democrats in the majority. He added that it can be helpful to getting legislative work done to have a good relationship with Democrats even when you disagree on policy and are in different caucuses.

Republicans at the center of talks on forming a House majority either didn’t return calls or declined interview requests.

Fairbanks Republican Rep. Steve Thompson may be particularly important to determining who is in the House majority because he’s worked with members of both parties in the past.

Thompson, who will become the longest serving House Republican next year, was among those who declined to discuss organizing a caucus.

But Thompson said the shape of the next year will be heavily affected by what Gov. Mike Dunleavy proposes for the state budget next month.

“We’re going to be waiting with bated breath for Dec. 15, to get the governor’s budget,” he said. “We’re hoping that it’ll be something he’ll work with us on and with. And so, it’s going to be the deciding factor in how this session will probably go.”

Thompson outlined his goals for the new Legislature: passing a budget, reducing spending, examining the formula for PFDs and working to find issues where legislators can work with Dunleavy.

“And the main thing is: We’ve got to move Alaska forward, thinking of the future — not just 2021, but going out five years or more,” Thompson said.