Lawmakers take their first look Friday at a bill changing the Alaska State Council on the Arts from an agency to a public corporation.

The council distributes funds to artists and art organizations around the state. 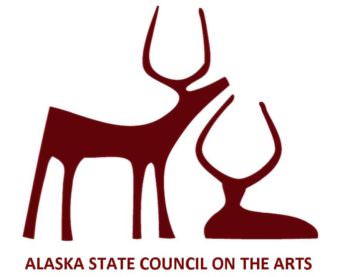 “Our choice is we can stay the same and watch our organization dwindle, or be less effective,” she said. “Or we can take a step to become more efficient.”

Senate Bill 66 and House Bill 137 call for the change.

The switch to a public corporation would result in a number of operational adjustments.

One would remove the council from requirements of the state procurement code.

“The procurement code is something to make sure that state agencies operate in a certain matter,” he said. “We’re a little bit different than some other state agencies in some of the programs and services we are trying to provide.”

“We’re certainly different in having funding available to us from private foundation partners,” Brown said.

The council’s budget for this year is about $2.8 million. About a quarter comes from the state, a quarter from the federal government and the rest from foundations and other private donors.

The legislation was proposed by the council after an extensive operational review, Brown said.

It will have its first hearing at 8 a.m. Friday before the Senate Education Committee. The identical House version is not yet scheduled.

Both versions were authored by their chamber’s Education Committees, which reflects broader support than a measure sponsored by individual legislators.

Another section would exempt artists’ submissions to the council from public records laws.

Noble-Pelant said information about accepted art commissions would remain public. The bill removes those from artists whose proposals are not accepted.

“Artists are business people and they are part of that creative economy,” she said. “They are often sole proprietors and when they apply for a commission, it’s much like someone who’s applying for a job.”

The bills would keep the state arts council within the Department of Education.

The legislation changes board member requirements, from having interest in the arts to having expertise. Brown said that’s important.

“Hopefully, all Alaskans have interest in the arts. That’s one of the reasons the council exists,” Brown said. “But I don’t know that it’s fair to say that as many Alaskans have expertise in the arts. And to be a member of the council, it’s appropriate that people have more than just a passing interest, but have some level of expertise, whatever that may be.”

The change could expand the pool of applicants to administrators and others who are not necessarily artists themselves, Noble-Pelant said.

Under the bills, the board’s 11 members would automatically become trustees for the new corporation. Members would continue to be appointed by the governor.