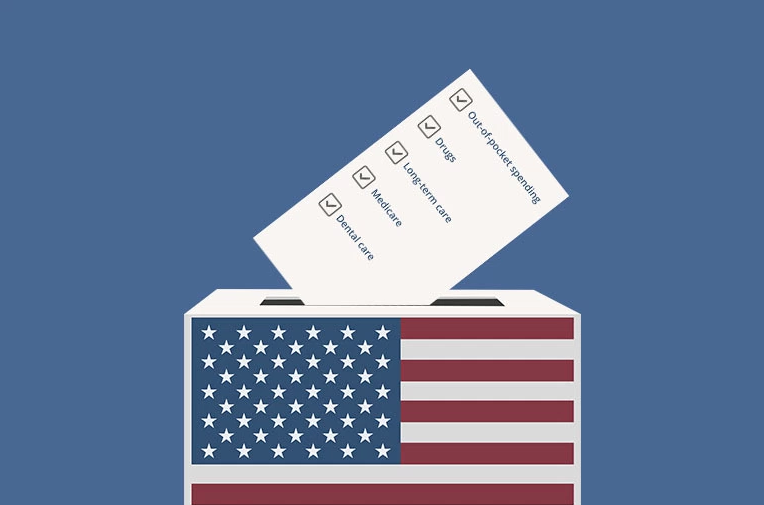 References to the Affordable Care Act — sometimes called Obamacare — have been a regular feature of the current presidential campaign season.

For months, Republican candidates have pledged to repeal it, while Democrat Hillary Clinton wants to build on it and Democrat Bernie Sanders wants to replace it with a government-funded “Medicare for All” program.

But much of the policy discussion stops there. Yet the nation in the next few years faces many important decisions about health care — most of which have little to do with the controversial federal health law. Here are five issues candidates should be discussing, but largely are not:

1. Out-of-pocket spending: Millions more people — roughly 20 million, at last count — now have health insurance, thanks to the new coverage options created by the ACA. But most people are also paying more of their own medical bills than ever before. And they are noticing. A recent Gallup survey found health costs to be the top financial problem faced by adults in the United States, outpacing low wages and housing costs.

Employers, who still provide coverage to the majority of those with insurance, are also battling rising costs. They have been passing at least part of that along by raising workers’ share of costs — including premiums, deductibles and the portions of medical bills they must pay — far faster than wages have been rising.

Meanwhile, even in the most generous plans offered to those who buy their own coverage through the ACA’s marketplaces, the portion of health care costs borne by consumers has left many unable to afford care.

As insurers have shortened their lists of “in network” doctors and hospitals, another out-of-pocket spending problem is becoming more common: The “surprise medical bill.” Those are bills for services provided outside a patient’s insurance network that the patient did not know was out-of-network when he or she sought care.

Some of the candidates — notably Clinton and Sanders — have talked about the issue. But serious discussion about ways to ensure health care services remain broadly affordable have been overshadowed by the fight over the fate of the federal health law.

2. Drugs — more than prices: Rising drug prices at the pharmacy counter have also proved problematic for patients. And both Republican and Democratic candidates have discussed proposals to address the cost of prescription drugs.

But there is more involved in this issue than the prices paid by patients.

Drugmakers point out their industry is a risky one, and the big rewards on breakthrough drugs offset the losses for those that never make it to the pharmacy. But at what point does the cost to society for a drug, like new treatments for hepatitis C that tally more than $80,000 for a course of treatment, become prohibitive?

Meanwhile, scientists are rapidly approaching the point of being able to develop specific drugs for specific individuals, a trend known as “personalized medicine” or “precision medicine.” But even if everyone could be screened so that they would only get the expensive drugs that will help them specifically, how could those costs be spread over society as a whole?

And how fast should promising drugs be brought to market? Some decry the lengthy testing required for Food and Drug Administration approval. They say people are dying who could potentially be helped. But others are equally concerned that putting a drug on the market too soon poses risks to the public.

3. Long-term care: Every day, another 10,000 baby boomers turn 65 and qualify for Medicare. An estimated 70 percent of people who reach that threshold will need some sort of long-term care.

It’s not cheap. The annual cost of these services can range from approximately $46,000 for a home health aide to $80,000 or more for a bed in a nursing home.

Yet Medicare, the health program for the elderly and some disabled, does not pay for most long-term care services. Medicare has both nursing home and home care benefits, but they are temporary and limited to those with specific medical needs. Most people who need long-term care don’t need special medical interventions, just help with “activities of daily living.”

By contrast, Medicaid, the joint state-federal health program for people with low incomes, paid just over half of the nation’s estimated $310 billion tab for long-term care in 2013, the most recent year for which this information is available. But you either have to be very poor, or spend nearly all of your savings, in order to qualify.

4. Medicare: Speaking of seniors, Medicare, which provides health insurance to an estimated 55 million people — 46 million older than age 65 and another 9 million with disabilities, is also in a financial bind.

Medicare accounts for 14 percent of all federal spending, and that is expected to grow rapidly as those boomers reach their highest health-spending years. The program already accounts for one of every five dollars spent on health care in the U.S.

Interestingly, Medicare spending has slowed dramatically in recent years. That has prompted a lively debate among health policy experts: How much is the slowdown due to the deep recession that caused spending to fall in all sectors of the economy, and how much to other factors that could continue even with stronger economic growth?

The Obama administration contends that changing the way Medicare pays health care providers, as begun in the ACA, has helped put the program on more sustainable footing.

Many Republicans, however, led by House Speaker Paul Ryan, R-Wis., want to effectivelyprivatize Medicare — which would transfer the risk for cost increases from the government to private insurers.

But even smaller changes can kick up big political pushback from those who rely on Medicare for their livelihoods. A recent Obama administration proposal to change the way the program pays for expensive drugs administered in doctors’ offices or clinics has brought cries of complaint from both Democrats and Republicans.

5. Dental care: In 2007, a Maryland 12-year-old named Deamonte Driver died from a tooth infection that spread to his brain. That cast a harsh spotlight on the difficulty low-income Americans — even those with insurance through the Medicaid program — have getting dental care.

Yet research has shown repeatedly that care for the mouth and teeth is inextricably linked to the rest of the body. Oral problems have been linked to conditions as diverse as heart disease, diabetes and Alzheimer’s disease.

Lack of dental care is particularly significant for children. Dental problems are common in youngsters, and in addition to discomfort, lead to school absences and poorer academic performance.

Findings like that are one reason the federal health law made pediatric dental care an “essential benefit” for most insurance plans. But for complicated reasons, including the fact that dental insurance has traditionally been sold separately from other health coverage, many children insured under the law are not getting dental coverage.

Coverage for adults remains spotty as well. According to the Centers for Disease Control and Prevention, one in every three adults has untreated tooth decay. More than 100 million Americans do not have dental insurance, the government reports. And more than a third (38 percent) of adults aged 18-64 reported no dental visits in 2014.