A new aircraft mechanic school is coming to Bethel. The program’s main goal is to cater to the region’s needs and create jobs that help make that possible.

Everything for the program — from the fleet of bush planes to the exams — are ready. All that’s needed is a full classroom.

The hangar is a training area and is designed to prepare the 15 students entering the Regional Aviation Maintenance School for real world success.

Aviation mechanics help ensure planes are functioning properly and up to code. They’re the people that check the plane before takeoff.

Jeff Hoffman is the school’s manager and he’s been spearheading this project for more than half a decade.

“Our brochures just said, ‘coming soon, coming soon,’” Hoffman said, “and we’ve been yelling that cry for just about three and a half years now.”

Now that the program is ready to begin next February, Hoffman said the goal is to fill seats.

“The need for aviation mechanics and pilots—that are from the region and want to live here is far and few,” Hoffman said.

Since the Yukon-Kuskowim Delta is off the road system, planes are highly relied on for travel and medical emergencies.

The application itself is two pages. Students who qualify for financial aid and other scholarships can use the funds to pay for the school fee, which is $40,000.

The fee pays for the course, textbooks, transportation and dormitories. The dorms themselves were built using sustainable resources and technology and will test how well these types of materials work in the region’s climate.

After prospective students submit their applications, they’ll undergo a brief interview. If successful in the program, students will enter a field where the average salary is about $60,000 in Alaska.

The program lasts 18 months. Classes are expected to run about six hours a day, and although there aren’t extended holidays, the program accommodates subsistence lifestyles.

“We have dedicated time off in the spring time when the fish and the geese come back, as well as fall time — moose hunting,” Hoffman said. “I know if we did not do this, we’d lose the majority of our students.”

Hoffman said he hopes the program will benefit young adults looking for a career. Above the hangar is a small classroom with the dozens of textbooks, reference binders and a small set of computers.

Ken Wallace is the course instructor. He said he’s just putting the finishing touches on the curriculum.

He said if students work hard, there shouldn’t be a problem.

“I just don’t see that any student that wants to learn and is applying themselves, can’t do it,” Wallace said. “We’re not out to fail students, our goal is for them to pass the program.”

The equipment the students will work on has either been designed specifically for the course or has been decommissioned — like some of the engines or even Wallace’s own plane.

“So the students will be learning on the same equipment they’ll be working on once they graduate here,” Wallace said. 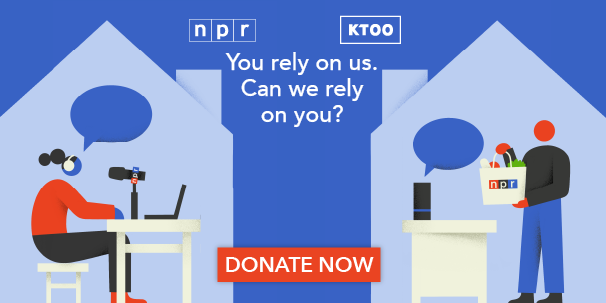