This is part 2 of a 3-part series from KYUK in Bethel.

Heroin imported to Alaska quickly reaches rural communities. Those communities are now pushing back. The City of Bethel is organizing a multi-agency heroin task force.

Heroin-related calls are putting a strain on city services and the Bethel Police, according to Chief Andre Achee. He says the department isn’t intercepting much heroin on the streets, but they are responding to an increasing number of thefts. 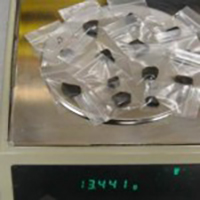 “What we’re dealing with is the events that are sort of a nexus to heroin: the thefts, the burglaries, the domestic disturbances, stuff being soldthrough various individuals online, offline, things being stolen even from family members,” said Achee.

He says addicts steal things they can turn over for quick cash.

“Anything from fire arms to vehicles – any type of property that people could sell,” said Achee.

“We’ve had thefts of berries: salmonberries, blueberries being sold just for people to get enough money for their dependency,” said Achee.

When the victims are family members, they often don’t want to press charges, says Achee, they just want their items back, which he says perpetuates the cycle and keeps the understaffed police department racing from call-to-call. The fire department’s ambulance crew is also seeing more heroin-related calls, according to city officials. Heroin is also taking a toll on children and families according to Fennisha Gardner, who has worked in and out of the Office of Children’s Services in Bethel since 1999. She says she had never seen the drug come up in their cases until recently.

“I didn’t even see the presence of heroin when I was here the first time or the second time. It has been an explosion of heroin coming into this community and affecting the families,” said Gardner.

The result, Gardner says, is more neglect and other situations that put kids in danger.

The Western office of OCS is handling an increasing number of cases involving babies withdrawing from heroin, Gardner says, and trying to ensure they get proper treatment once they’re born.

The City Council has taken notice of the problems and one council member, Byron Maczynski, has been using his position to work on the issue, bringing it up in discussion at city council meetings. That recently resulted in a threat. One morning he found a type-written note in the driver’s seat of his Jeep. It said:

“You’d better back off the heroin issue before you end up killing yourself. If you call the police we will know about it, haha and the next time I see you walking outside your shop, you won’t make it back in,” said Maczynski.

Police are investigating. He says the threat was unnerving, but it just made him want to push harder. At a recent Bethel City Council meeting he did just that.

“Next on the agenda, Action Memorandum 1516, Community Action against heroin and other elicit drugs,” said Bethel Mayor Rick Robb

Bethel Mayor Rick Robb introduced Maczynski’s Action Memorandum, directing the administration to work with community groups to address the heroin problem. Maczynski read a list of possible things the city could work on:

“Provide anti-drug education in middle school and high schools, disseminate information to community members on how to obtain help, educate community members about what to look for to determine drug use and sales, to include how and where to report,” said Maczynski.

Maczynski called on the city to act.

“Sometimes it’s too late, but it’s not too late for a lot of people out there. And we could really help these people. I hope this community could come together. It’s sad. We need to do something,” said Maczynski.

Council Members discussed the need for a treatment center specifically for heroin addiction in Bethel and agreed the city needs to work with law enforcement to crack down on drug dealers. Since the meeting, Bethel’s City Manager, Ann Capella, says she has been working on putting together a multi-agency community task force to address Bethel’s heroin problems.