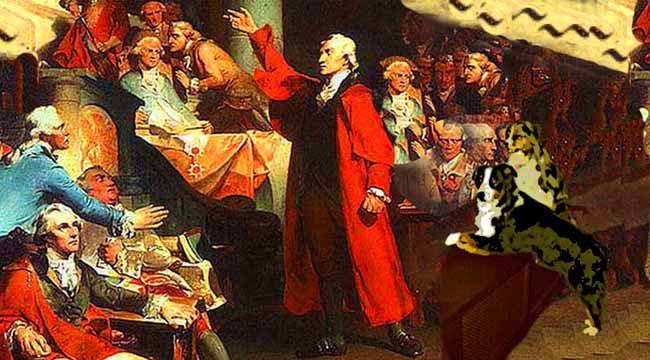 Patrick Henry, asserting his case against British tyranny on this date in 1775 before a Virginia colonial convention, concluded by declaring: “As for me, give me liberty or give me death.” Gavin and Wyatt watch as Henry proclaims his immortal words which inspired the American revolution as John gathers his music playlist which provoked the radio show. There is no need to revolt against the empire, rather we invite you to mark Patrick Henry’s speech by listening to Crosscurrents, 3/23 at 8 a.m.