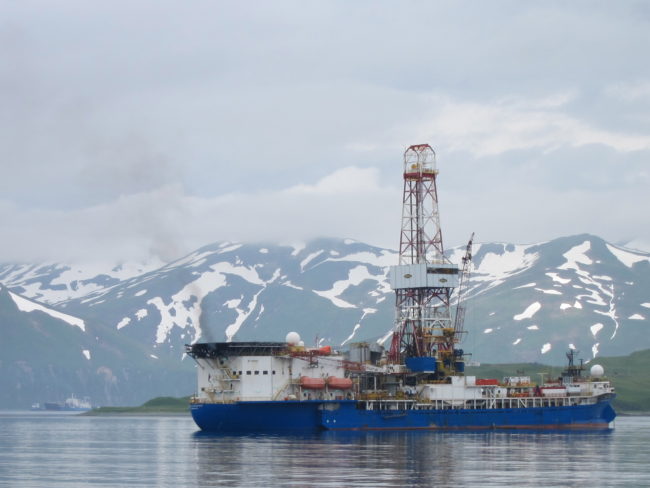 The CEO of Royal Dutch Shell says the company intends to return to the Chukchi Sea this summer to drill exploratory wells. But CEO Ben van Beurden says Shell still needs permits, among other challenges.

“So, will we go ahead?  Yes, if we can,” he said at a press conference in London announcing 4th quarter results. “It will depend upon a number of things.  First of all, will we be technically, logistically ready to go ahead?  I’d be so disappointed if we wouldn’t. We’ve been working on this for a long period of time.  And we’ve kept all our capability in place, tuned it, upgraded it just to be ready to drill this coming summer season. ”

Shell’s last effort to drill in Arctic waters, in 2012, was plagued by trouble, culminating in a drill rig running aground near Kodiak. One of Shell’s subcontractors recently agreed to pay more than $12 million in fines for a range of environmental crimes.

Van Beurden told reporters the company will only proceed if it can do so responsibly. He also says Shell is as prepared as any company can be.

At least five different federal agencies must still issue permits, and the Interior Department has to re-approve the lease sale after a legal challenge. A decision on that is expected in March.

“If you look at the investment decisions you cannot go by today’s oil price,” he said. “We have an investment wavelength of a decade typically in our upstream projects, so you have to take a view of what the oil price will be in the long run.”

Still, Shell is holding its conventional exploration budget flat, so this year’s spending in Alaska will require cutting back on exploration in other countries. And Chief Financial Officer Simon Henry says the Alaska operation is expensive.

“If we drill (in the Chukchi), if we go ahead, it will be over a billion dollars,” the CFO said.  ”Even if we don’t drill, it will be approaching a billion dollars, because of the commitment to keep the fleet of ships that we need.  Remember, this is a logistics operation as much as drilling.  The drilling is the easy bit.”

Returning to the Arctic means Shell would also be coming back to its support hub in Unalaska. The company left a mark on the town in 2012. The Noble Discoverer drill ship nearly ran aground there during a summer storm. Then, at its new moorage, it discharged oily bilge water into the bay.

“We’re not going to tolerate that kind of behavior or operations any more,” says Unalaska Mayor Shirley Marquardt. “We’re supportive of Shell. We’re supportive of what they bring to the community in terms of business opportunities, revenue. We just want them to know that we’re not going to trade that, however, for turning a blind eye or just saying ‘do whatever you need to do in order to take care of yourselves.’ That is not what’s happening.”

The mayor says she’s pleased Shell has made changes to its roster of subcontractors and added employees to work on environmental compliance. But If Shell does return to the Arctic this summer, the Noble Discoverer will be back.

This story was written by Liz Ruskin in Washington and KUCB News Director Lauren Rosenthal in Unalaska.