The White House has issued a report laying out the costs of not expanding Medicaid. Alaska is one of 24 states that rejected federal dollars to increase access to Medicaid, preferring instead to study how those who would have qualified are currently receiving care. APRN’s Alexandra Gutierrez and Lori Townsend spoke of how the study judges Alaska.

Lori Townsend: So, what’s in this report?

Alexandra Gutierrez: The report looks at two big things: The economic costs of denying Medicaid access and the health costs.

There are 26,000 Alaskans who currently make too much money to get Medicaid coverage, but not enough to qualify for subsidized health insurance under the Affordable Care Act. The White House Council of Economic Advisors says that if Alaska had taken federal money for expansion, the state would have increased its economic output by $250 million over the next three years. Doctor visits would have gone up by 70,000, and hundreds of jobs would be added to the state’s economy. It also goes beyond the macro picture by looking at how many of those people who fall into the Medicaid gap would avoid catastrophic hospital bills and how many wouldn’t have to borrow money to pay for their care.

Now as far as public health is concerned, the Council of Economic Advisors projects that a lot more routine screenings would be performed on lower-income Alaskans. They estimate that 900 more mammograms would be done every year, along with 3,800 cholesterol screenings, if the people who fall into the Medicaid gap were to get coverage.

Lori Townsend: How is the Parnell administration reacting to this information?

AG: It doesn’t sound like they’re quite buying some of these claims. I spoke with Bill Streur, who is the commissioner of the Department of Health and Social Services, and here’s a piece from our interview: 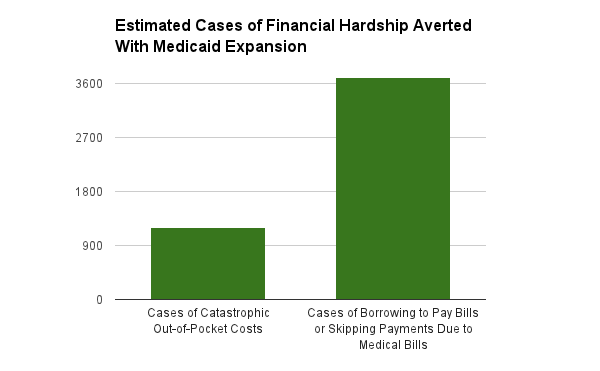 He sees the report as a political weapon, meant to put pressure on state governments that have chosen not to expand Medicaid. The way Medicaid expansion would have worked in Alaska is that the state would pay a small amount of the cost with the federal government taking on the lion’s share. And one of the things the White House’s numbers suggests is that Medicaid expansion pays for itself through the ripple effect to the state’s economy.

Streur’s skeptical of that, and he’s relying on the state’s own Medicaid Reform Advisory Group to figure out what role Medicaid plays in the state’s economy, how the program can be improved, and how to address people falling into the gap. That advisory group will finish its report this fall, and Streur says if Parnell is going to revisit the question of expanding Medicaid, it’ll be after they release their conclusions.

LT: Last year, a lot of different groups, like the Alaska Chamber of Commerce, the Alaska Federation of Natives, and the NAACP, were pushing Gov. Sean Parnell to go ahead with Medicaid expansion. Is this going to come up as a campaign issue? 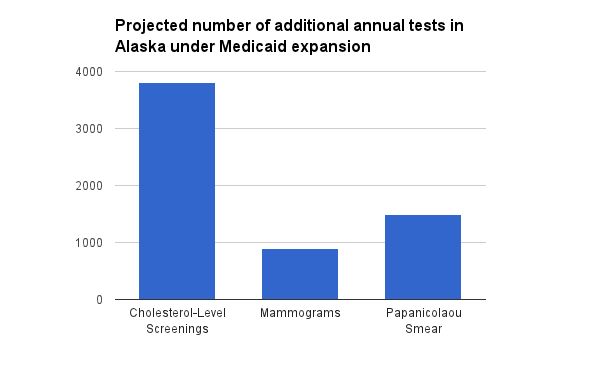 Parnell’s two biggest challengers have both criticized him for rejecting the federal Medicaid money, and have said that accepting it would be one of their first acts as governor if elected.

Independent candidate Bill Walker lists it as one of his top priorities on his website, and it seems like every other week that Democrat Byron Mallott is now sending a press release mentioning the governor’s Medicaid decision. And as a Senate Democrat running for reelection, Mark Begich has also gotten in on the act, calling on Parnell to change his mind.

Now, whether Parnell will, there’s no indication of that. It hasn’t been his prerogative at this point.