Eldred Rock wind speed and wind direction sensors have not been working for a couple of weeks, frustrating both the Lynn Canal gillnet fleet and National Weather Service.

Warning Coordination Meteorologist Joel Curtis says the agency wants it fixed, too, but the rock is not an easy place to reach.

“That equipment is really, really hard to service. It’s up on a rock and it’s out in the middle of Lynn Canal, away from ports and everything else,” he says.  “You have to have every part in the world with you when you go there because you only have one shot at fixing it.  It’s not the kind of place you’re going to say, ‘oh, I’ll just come back tomorrow.’ It doesn’t work that way.” 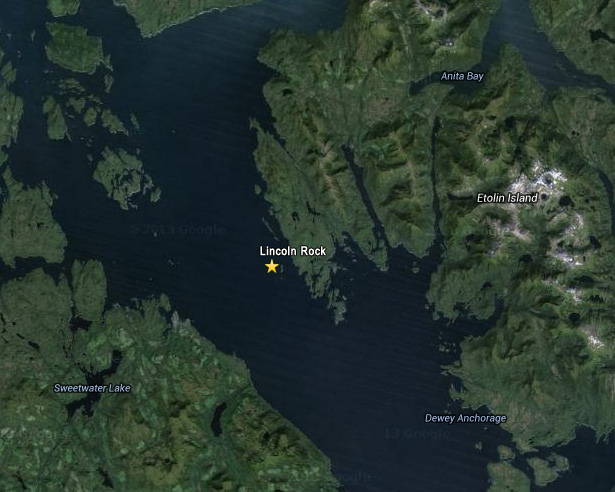 The information is not available online, however, for Lincoln Rock in Clarence Strait, which has been down for quite a while.

“Wind speed, wind direction, matter of fact the whole sensor is not reporting,” Curtis says. “That’s been off and on a big problem this summer.”

He says the weather service is responsible for equipment repair at all its stations. Eldred Rock and Lincoln Rock are on a long list of other locations with problems.

The historic Eldred Rock is home to a once-manned lighthouse, activated in 1906.  The last human observer left the rock in 1973, when the beacon was automated.