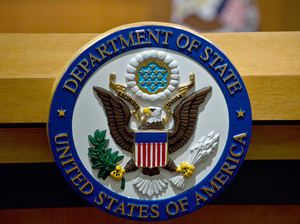 The U.S. State Department has issued a worldwide travel alert because of an al-Qaida threat that is particularly significant in the Middle East and North Africa.

“Current information suggests that al-Qaida and affiliated organizations continue to plan terrorist attacks both in the region and beyond, and that they may focus efforts to conduct attacks in the period between now and the end of August,” State said in a statement. “This Travel Alert expires on August 31, 2013.”

Of course, this follows the Department of State’s decision to close all of its embassies and consulates across the Muslim world this Sunday. As Bill reported, the closures were prompted by intelligence information that pointed to signs of an al-Qaida plot “against American diplomatic posts in the Middle East and other Muslim countries.”

The State Department warned tourists that terrorists may attack public transportation systems and other tourist infrastructure.

“Terrorists have targeted and attacked subway and rail systems, as well as aviation and maritime services,” the statement read. ” U.S. citizens should take every precaution to be aware of their surroundings and to adopt appropriate safety measures to protect themselves when traveling.”

Back in February, the State Department issued a “worldwide caution” because of concerns that al-Qaida might attack U.S. citizens and interests.