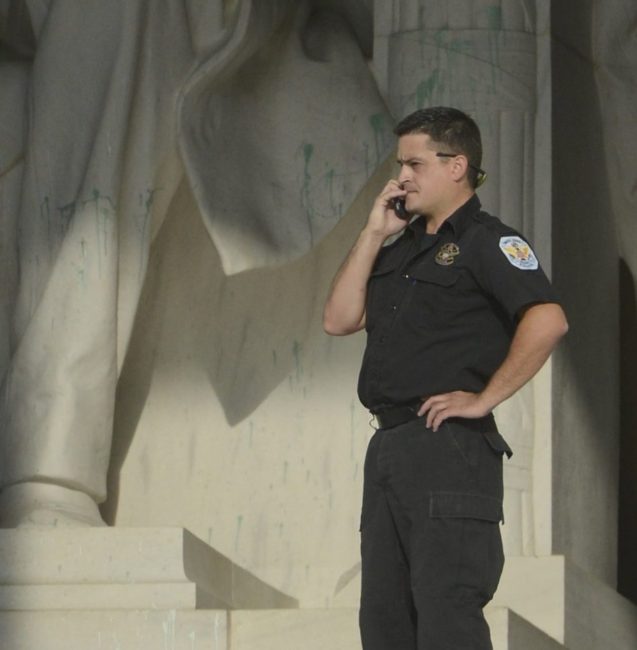 “The chamber of the Lincoln Memorial is shut down Friday morning because of vandalism. U.S. Park Police tell WTOP the Lincoln statue and the floor inside the memorial was splattered with green paint,” the radio station reported. “They think the vandalism occurred at about 1:30 a.m.”

According to WUSA-TV, “there is no estimate on how long the memorial will be closed to the public.” Police will be studying surveillance video. The memorial is open 24 hours a day, seven days a week.

Click here for the National Park Service’s “virtual” tour of the memorial, which sits at the west end of the National Mall in Washington, D.C. It is, of course, the site of many historic gatherings — perhaps most notably the 1963 “I Have a Dream” speech by Martin Luther King Jr.

WAMU’s Armando Trull reports from the memorial that “U.S. Park Police are reviewing surveillance footage from nearby cameras. Half a dozen police officers have also been reviewing the scene. Crews have brought in power washers to clean the paint off of the memorial.”