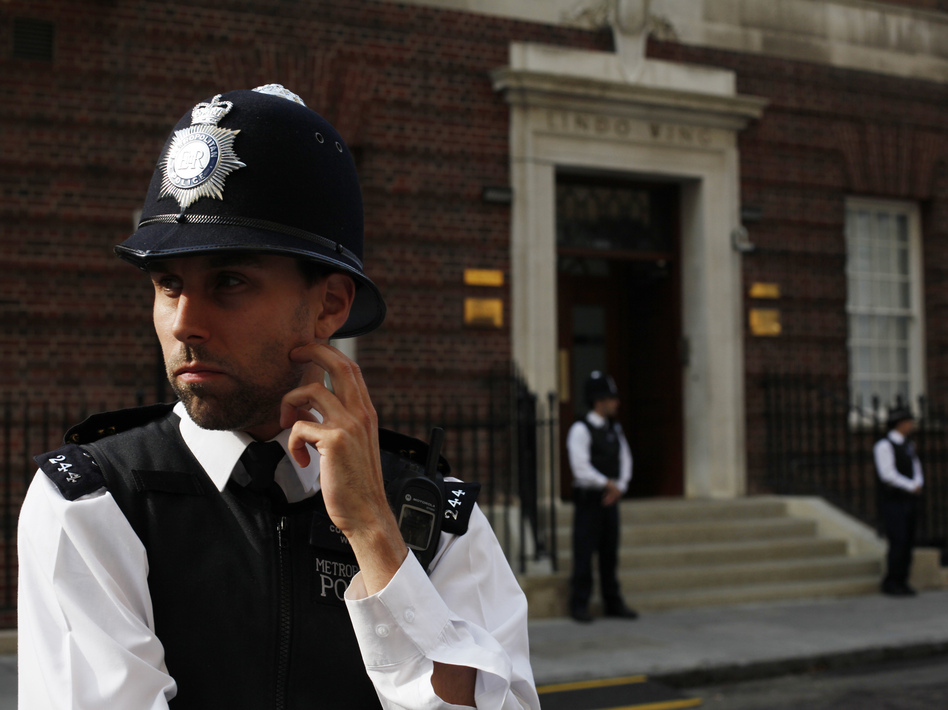 The Duchess of Cambridge, better known to most of of the world as the former Kate Middleton, is “in the early stages of labour” at St. Mary’s Hospital in London, the royal website says.

So we should hear soon whether the baby who will be third in line to the throne is a boy or a girl, and perhaps what Prince William and Kate have chosen as the tyke’s name.

If all goes according to plan, the news will be released to the world in the form of a statement — on paper — posted on an easel set up outside Buckingham Palace. The BBC says that “the way the birth will be announced is steeped in tradition. It is custom for news of royal births and deaths to be attached to the railings of Buckingham Palace.” And in this case, the easel will serve as something of a substitute for the railings.

“After the note is displayed, an announcement will be posted on Twitter and Facebook, and the media will be informed,” the BBC adds.

— The Twitter account for Clarence House, the royal couple’s home, is here. The news that Kate had been admitted to the hospital was posted at 2:37 a.m. ET (7:37 a.m. in London).

We’ll be watching and will post as soon as there’s more news.

Meanwhile, NPR’s Philip Reeves writes that “for many here in London, the much-trumpeted royal baby fever is more of a summer silly season snuffle — spreading faster around the world than it is in the U.K.”

(Yes, we know we wrote “labour” instead of “labor.” It just didn’t seem right to Americanize the statement put out by Buckingham Palace.)