Are you an air taxi pilot or commuter operator? The National Institute for Occupational Safety and Health wants to hear from you. 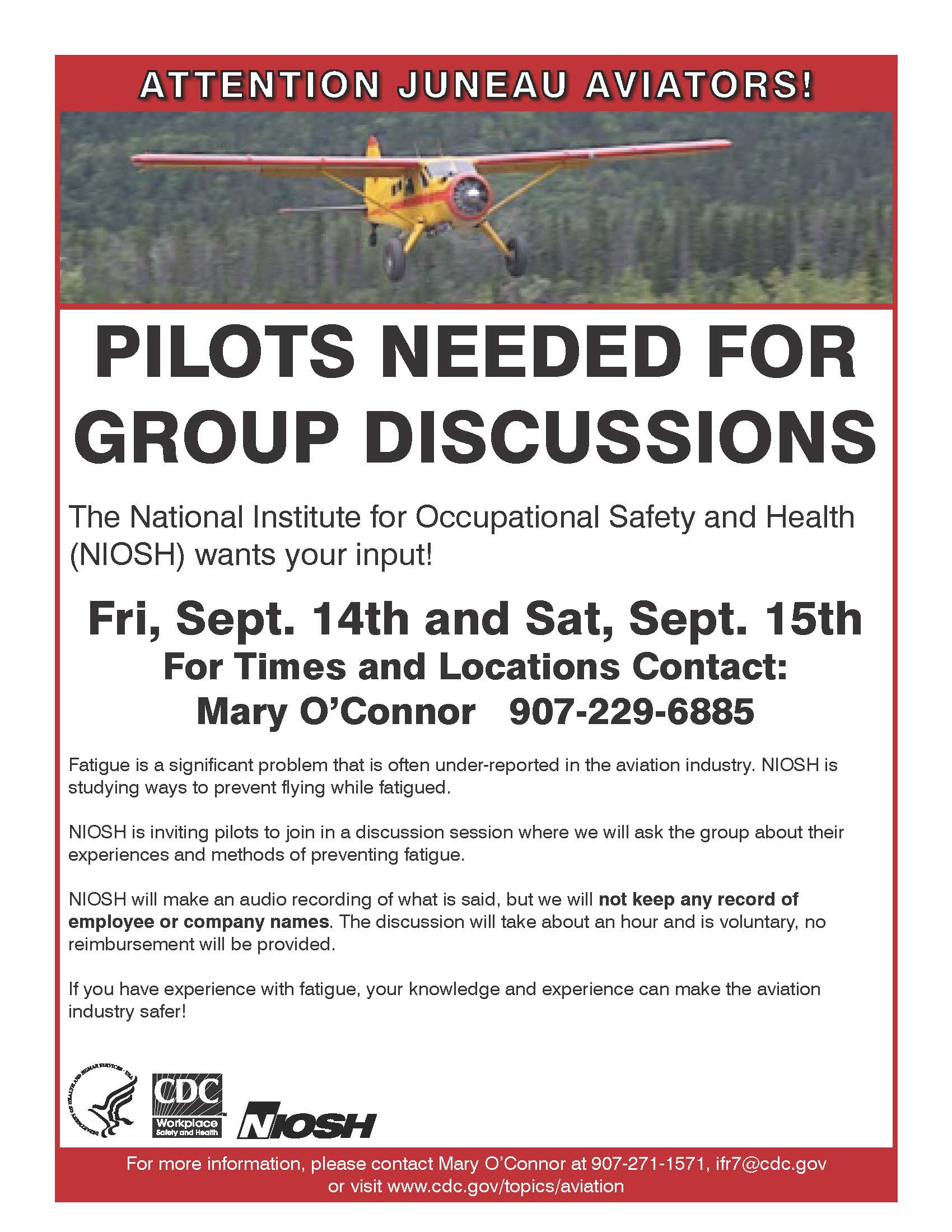 A NIOSH Aviation Safety Program researcher will be in Juneau Friday and Saturday to hear from pilots about fatigue.

Mary O’Connor has been talking with Part 135 pilots around the state about their experiences and methods to combat fatigue. She’ll be in Juneau to conduct more interviews.

“We are not expecting our study to result in regulations, but what we would like to do is identify if there is a problem, prioritize areas for interventions and work with the operators and pilots to develop appropriate interventions, things that would for Part 135 operators in Alaska, specifically,” O’Connor says.

NIOSH is a division of the Centers for Disease Control and has conducted fatigue prevention research on a national level in the nursing, trucking, mining and retail industries. The Alaska pilot study is a three-year program and the first to focus on the air taxi / commuter segment of aviation.

“Because of the occupational implications for fatigue, not just in pilots as an occupation but because their passengers may also be workers, they may be traveling to their work place, or they may be working in the airplane, such as a tour guide or a fish spotter,” she says. “Alaska’s quite different in the uses of aviation compared to the lower 48.”

O’Connor says pilot comments so far have run the gamut and the discussions are giving her high-quality data. No times are set for the Juneau conversations – instead, she’s willing to meet with pilots on their lunch or dinner breaks or whenever they have time.

“It would be great if there could be at least a couple of them together. We’re doing this in discussion groups with pilots because we’ve found that if they can speak with each other as well as with us, ideas can kind of bounce back and forth and grow,” she says.

Company managers are being interviewed individually, and the names of all those participating remain confidential, she says.